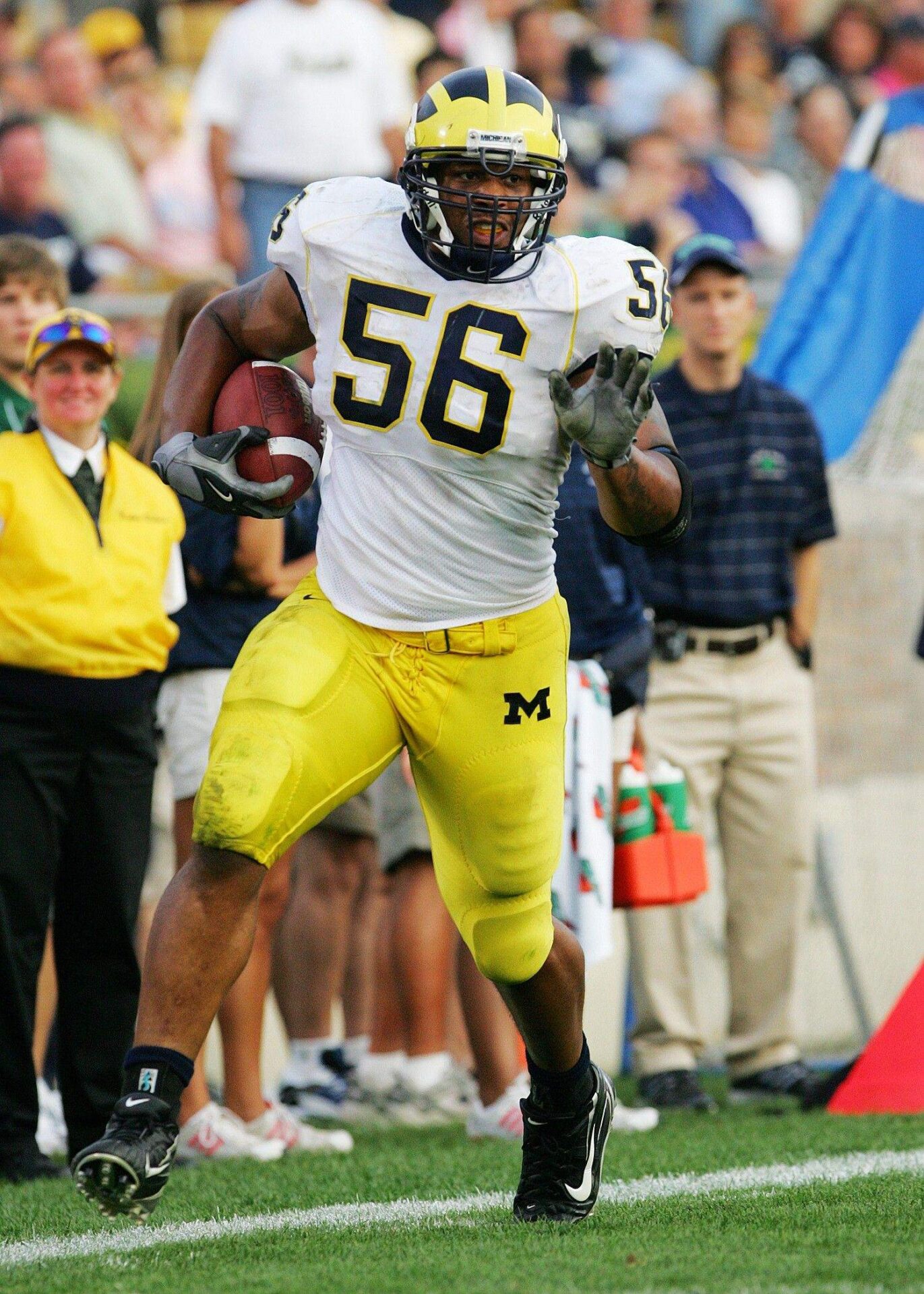 LaMarr Woodley found success on the football field in high school, college and the NFL, adding noteworthy achievements off the field as well. At Saginaw High, Woodley started as a freshman offensive lineman on the 1999 Division 2 state championship team. In his four seasons on the football team, the Trojans were 43-6 with three Saginaw Valley League titles, three district championships and three regional titles. As a senior, the 6-foot-2, 265-pound Woodley was named the SVL MVP in both football and basketball. He was named the Gatorade Football Player of the Year in Michigan and earned Parade Magazine All-American honors before committing to the University of Michigan as one of the top recruits in the country. At Michigan, Woodley won the Lombardi Award as the nation’s top defensive lineman and the Hendricks Award as the nation’s top defensive end. He finished his Wolverines career with 50.5 tackles for loss, 24 sacks and seven forced fumbles. As a senior, Woodley led the Big Ten with 12 sacks. The PittsburghSteelers took Woodley in the second round of the 2007 NFL Draft. In 2009, Woodley went to the Pro Bowl after registering a career-high 13.5 sacks. In 2008, Woodley helped lead the Steelers to a Super Bowl win, setting an NFL record with four consecutive playoff games with multiple sacks. In the Super Bowl, Woodley sacked Kurt Warner with five seconds remaining, forcing a fumble to secure the 27-23 win. Woodley also helped the Steelers reach the 2011 Super Bowl, a 31-25 loss to Green Bay. He became a free agent after the 2014 seasonand played one season with the Oakland Raiders and one with the Arizona Cardinals before retiring. He finished his NFL career with 58 sacks, 319 tackles, 9 forced fumbles, 9 fumble recovers, 5 interceptions and 18 passes defended. Off the field, Woodley became known for his philanthropy. He donated 100 hooded sweatshirts to the Saginaw High band before its Sugar Bowl performance. He also covered the pay-to-play fees for all Saginaw School District athletes for the 2012-13 school year. In 2018, he opened the Woodley Leadership Academy, a tuition-free charter school in Saginaw. Woodley’s other charity efforts included free football camp, school supplies, Thanksgiving giveaways, Heroes for Kids program, AAU team sponsorship, First Ward Community Center, Wounded Veterans, Operation Smile and Saginaw High football.