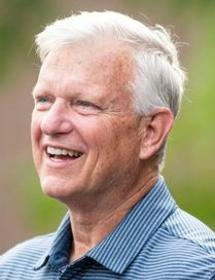 Larry Brethauer was born and raised in Saginaw where he graduated from Saginaw High School and Saginaw Valley State University. He played softball, baseball, football, skated and sledded at Hoyt Park from the age of 5 to 65, when he completed his last year playing modified fast pitch softball in 2018. Brethauer was the driving force behind the renovation and the resurgence of Hoyt Park’s baseball/softball diamonds, ice-skating surface, and warming house. During the 1920’s when Hoyt Park was at its peak during the winter months, as many as 7,000 patrons would converge upon the park for skating and sledding in one day, while averaging 100,000 skaters every winter. Throughout the decades, it remained the crown jewel of Saginaw’s parks and recreational programs. With the downturn in population and diminished financial resources, in 2002 the City of Saginaw could no longer afford to maintain the facility, so consequently city baseball, softball, flag football and other recreational leagues, which had provided an outlet for residents through many generations, were suddenly no longer available. But in 2008 a concerned group of Saginaw citizens came together to create a group that would help resurrect and maintain the historic park, forming a grassroots citizen group called Friends of Hoyt Park. Spearheaded by Brethauer, Chris Packard, Eric Rutherford and others, the Friends of Hoyt Park board went to the city and signed a lease to bring the park back to life, initially setting its sights on bringing baseball back. With the 1,800-square foot warming house operational after $400,000 in renovations, the beauty of the historic, recreational landmark was finally opened to the public in the winter months. Brethauer logged over 1,000 hours per year for the past 10 years as president of the non-profit organization. He has solicited numerous funds from individuals, businesses and foundations and writes between 15-20 grants per year. Additionally, he helped cut the grass, groomed the fields, helped oversee a 25-team, youth league, helped maintain the ice rink by running the grooming tractor and using 1,000-foot of fire hose to top the ice as needed. Brethauer also conducts an annual park-wide cleanup each spring. For his efforts, Brethauer was awarded Michigan Parks and Recreation’s Volunteer of the Year in 2017 and in 2018 was named Saginaw County’s Volunteer of the Year. He also received the Heart of the City award from the Michigan Banner magazine. Brethauer has worked hand-in-hand with the PRIDE – Positive Results In Downtown Saginaw – to host Bringing Back the Ice skating and sledding events at Hoyt Park.